Take action to increase and improve employment and income

According  to Office of National Statistics data [i]  the most deprived 10% of people are more than twice as likely to die from suicide as the least deprived - in other words the poorer a person is the greater their suicide risk. 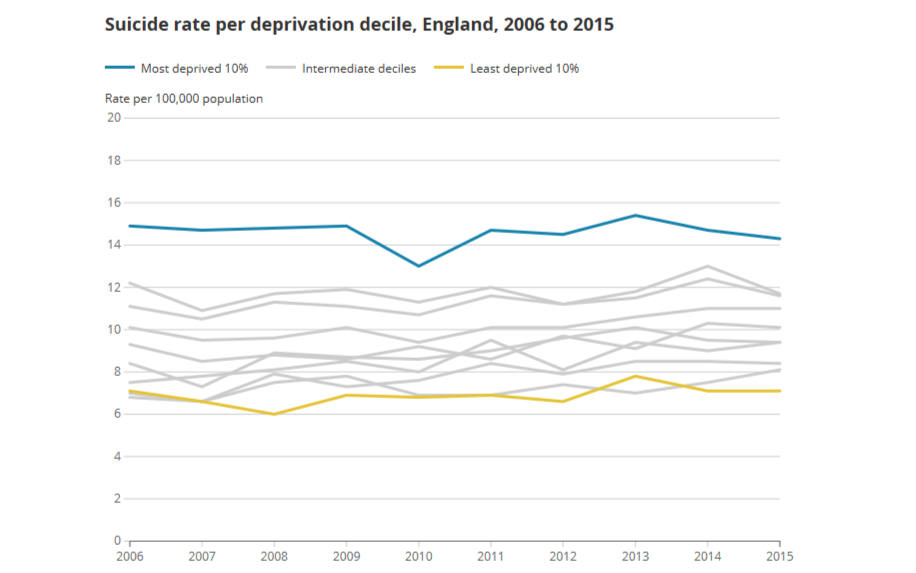 Although we did not use the Indices of Deprivation [ii], a combination of factors to compare areas by economic wellbeing which is useful to refer to when developing policies on suicide reduction or other health issues, our mapping confirms suicide risk reflects social and economic inequalities and that there is a gradient - the more deprived a community the higher the suicide risk. This is consistent with research on health inequalities most recently Health Equity: The Marmot Review 10 years On [iii].

Given this powerful link ‘levelling up’, in the government’s language, or poverty reduction, is the most important and urgent action to take.